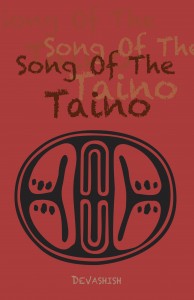 Song of the Taino

For many centuries the islands of Haiti and Borikén had been home to the Taino people, the peace-loving inhabitants of the Greater Antilles whose carefree society led Columbus to believe that he had stumbled across the earthly paradise that stirred the imagination of most fifteenth-century Europeans — until he and the Spanish conquistadors initiated the most terrible genocide our planet has ever witnessed. This is the story of the epic encounter between two alien civilizations in the lands that the Spanish renamed Española and Puerto Rico, between a unique culture that would soon vanish from the earth—though its legacy lives on throughout the Caribbean—and a crusading nation whose lust for gold and missionary zeal brought the fires of hell to a new world whose cultures and traditions were old as its own.

Song of the Taino sample chapters