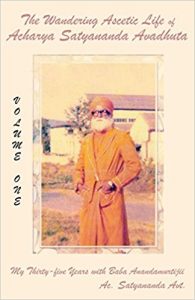 In the opening volume of his memoirs, Acharya Satyananda recounts his first twelve years with his guru, Shrii Shrii Anandamurti, during which he became the first monastic disciple of the great Tantric master. From his initiation in 1955, when he worked alongside Anandamurti in the Jamalpur railway workshop, to his years of touring India in the early sixties to build up Ananda Marga, the organization founded by Anandamurti in 1955, Satyananda gives us a rare behind-the-scenes look at a yogic guru whom many consider to be the most intriguing and influential spiritual guru of the twentieth century. Along the way he shares many of the profound spiritual experiences that he underwent in those early days, thus enabling us to gain a unique insight into the spiritual practices and philosophy taught to him by his master.