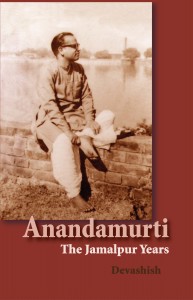 While Paramahansa Yogananda may have been better known, Anandamurti was arguably the twentieth century's most compelling and controversial spiritual figure. Considered by some to be a social revolutionary with secret intentions of overthrowing the Indian government and by others to be a powerful Tantric with supernatural powers, Anandamurti kept himself scrupulously hidden from the public eye throughout his lifetime. His only interaction with the public was through Ananda Marga, the spiritual and service organization he founded in 1955, and its thousands of orange-robed monks who by the late 1960s had become so ubiquitous in Northern India that they began drawing daily mention in the press and literature of the time. While Ananda Marga gained great notoriety, Anandamurti himself remained a mysterious figure in India until his death in 1990.

Based on the oral histories of his disciples, colleagues, and family, Anandamurti: The Jamalpur Years unveils a remarkable portrait of this often misunderstood saint and social thinker. Rather than being an academic study of one man's life, Anandamurti is primarily a collection of devotional and mystical stories set in a biographical framework that provides the reader with a portal into the magical world of Indian mysticism, yoga, and Tantra.